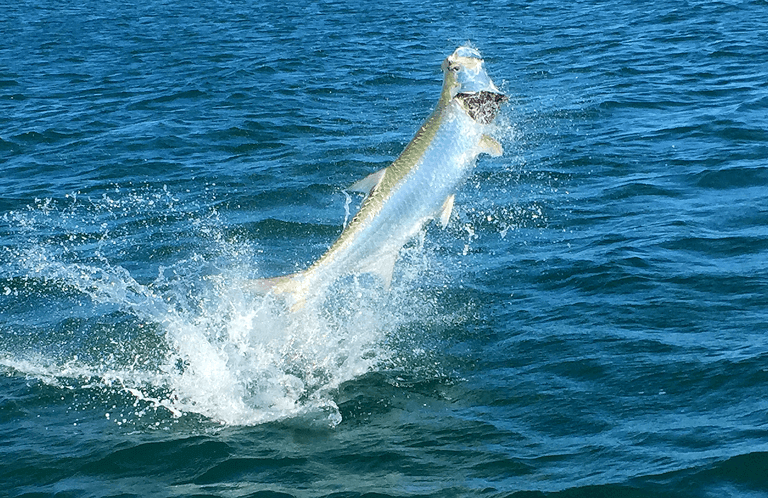 Even with the incredible amount of diversity we have in Southwest Florida for gamefish, there is one fish that has and always will rule our waters. The Tarpon, commonly known as the "Silver King" of the flats, has been thrilling anglers for decades and pioneered the sport of big game fishing in our area. Capt. Cameron was lucky enough to grow up right in the heart of tarpon country, Boca Grande pass.

Boca Grande is a place like no other, a place where each year tens of thousands of tarpon come to meet up and reproduce. No other place in the world has more adult tarpon than right here. Tarpon require a deep water pass to spawn and Boca Grande pass is one of them, which accounts for the masses of fish each spring and summer. Tarpon fishing is much like hunting, as they have a primitive air bladder which allows them to obtain oxygen fromair as well. When the fish does this, it is referred to as "rolling", and the fish exposes itself above the water for just a second. This action can be seen a ways away, and then we are able to stalk the school of fish now having spotted it.

From early April thru Mid July, we stalk the sandy beaches and crystal clear flats of Charlotte Harbor casting a variety of live baits in their path. There is no bigger rush than watching a 100 pound plus Tarpon inhale your bait then dance its way out of the water in the opposite direction! The sound of their gills rattling and the sheer size of the fish as it clears the water is something you will never forget. This same sight is what gets me out of bed every morning at 4 A.M. to witness over and over again.